Had a really good talk with my close friend last night, in which we discussed many things, some unprintable. It was humbling to discover that we humans, despite our many shields and illusions, are actually really much the same at heart. We have our differences, our hangups, our pains, but we’re all here on the same planet, and we often forget that.

I often fall into the trap of thinking – “with all the therapy I’ve done, shouldn’t I be free of this stuff ALREADY?” until I realize that all the therapy is so that I can live with my hangups in a healthy manner, not excise them completely. That is firstly impossible, and secondly would put me back on the slippery slope to OCD.

When we are open and honest with ourselves, I find that hangups tend to dissipate on their own. There’s a blog article in there somewhere, but I think I’ll write this one first.

Checked my mail. Resume was accepted, partially, and now I take a translation test, just like old times. I’m kind of looking forwards to it! I’ve forgotten (like so many other things) how much I actually like taking tests (OMG, so Asian) and how much I like translating.

So yeah I’ve totally and completely ended up working while on vacation. But like my old friend (the one I called, not the one I’m staying with) said, part of having a vacation is doing whatever you want to. So if you want to work, work.

So today I’m doing an experiment and seeing how much I can get written in a day…or I so I thought until I went out for a walk and forgot to bring the mobile with the data plan. Which led to my getting lost. At least I got some pictures out of it! 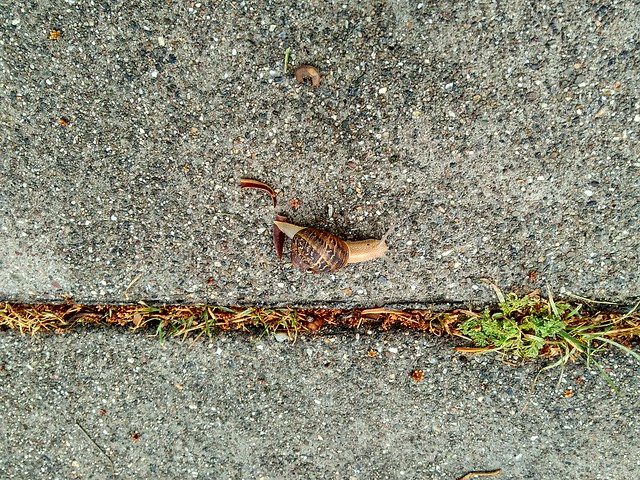 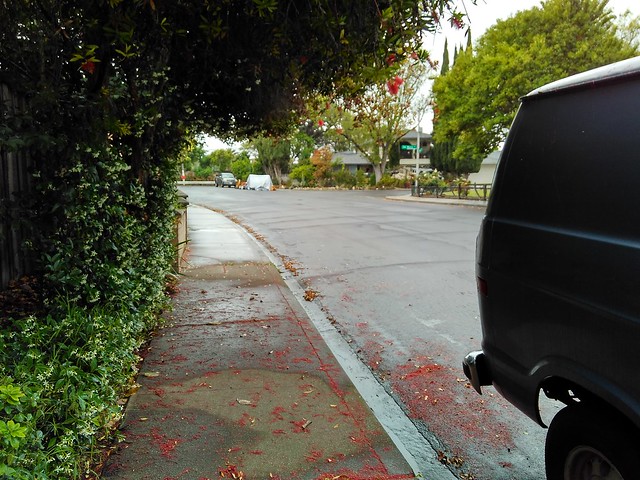 Had to ask a few friendly folk how to get back, but I successfully retraced my steps. It was wet and rainy which was kind of nice actually.

Tried to mess around with my blog somemore to get things into shape. I picked WordPress because of it’s plugins but boy is the thing hard to use or what! Maybe I’m just not used to it is all. Decided not to try anything funky and settled for super-simple layout.

More past appeared to bug me, but today I thought that I would try to ignore it and focus on other things instead. Blogging, for one. Writing for another. And completing the translation test.

Or so I said but as evening neared I felt more flashes of pain go through my mind and I thought that I should attend to them instead. And I did, by doing things and not thinking about them.

One thing I’m learning though…just taking a fucking break sometimes. I’m moving at a good clip (even the critic in myself knows this) and there’s no need to push myself too hard.

My friend came home early and we went out to In-N-Out Burger, another Californian staple. I remember a long time ago wanting to eat at it all the time and my parents doing so only rarely. Another opportunity for nostalgia. 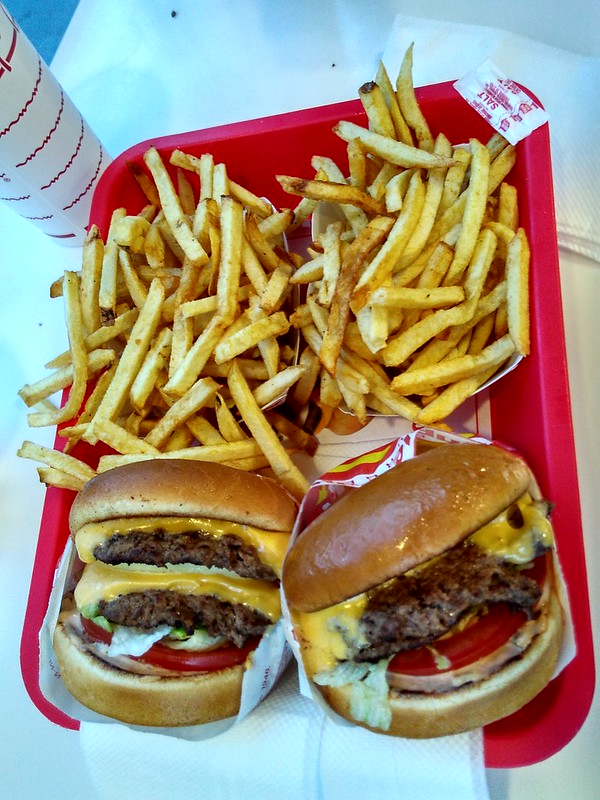 Went to a gaming arcade after dinner. It was pretty fun and filled with all sorts of good stuff.

There was a rhythm game which had a Cruel Angel’s Thesis as one of the song selections, so of course I had to play it. 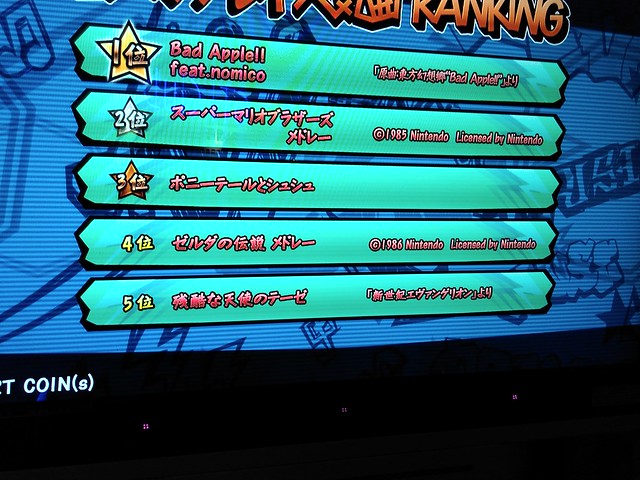 Then we played the lamest game in the universe…Sailor Zombie. 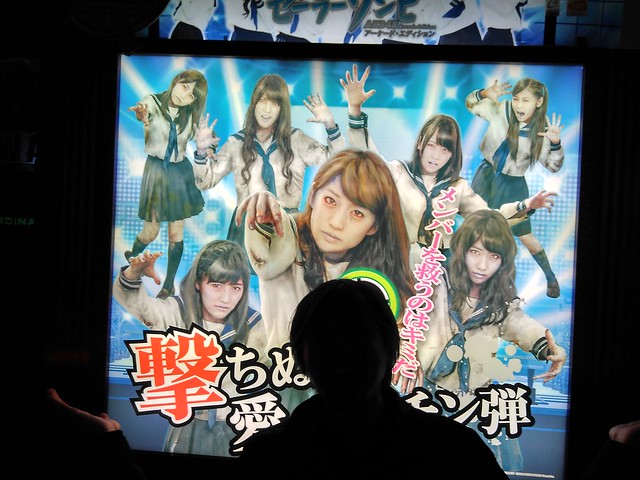 I don’t think I will ever get the appeal of idol groups and AKBK48. I mean, I understand why people like them, but they personally don’t do anything for me. Give me a live girl anytime! But I don’t judge. The world has to get past this ridiculous conception of real always being better than virtual. There’s a time and a place for each one. 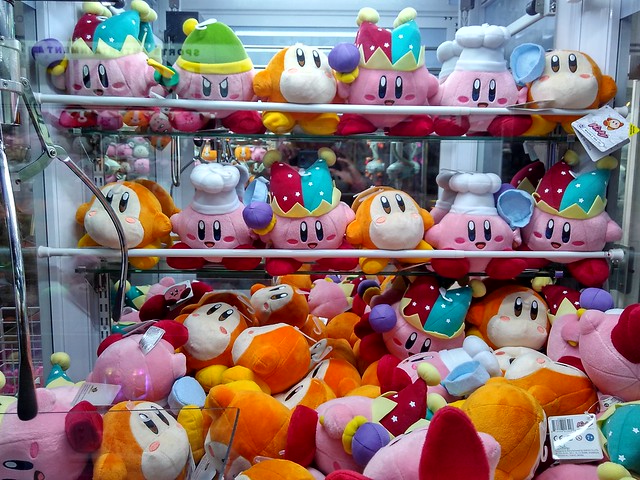 Had another semi-attack of nostalgia…but I think it was a good one. I can remember my 15 and 18 year old self wandering through video arcades, thinking of stories and possible games and so much else besides. Trying his best to survive amidst everything that was happening in and around him.

I think that’s the thing about working through the past. There are so many good memories mixed in with the pain that it can be hard to tell them apart. But I remind myself that I just have to keep walking.

I love gaming arcades. There’s something about them, their sounds, the cacophony and the sheer energy of people playing their hearts out. Long ago I wrote a poem about them, which I think is perhaps worth dragging out now :

the boy doesn’t look so pleased, but he gives in
grimaces
fishes out a coin and puts in it
suddenly there is cheery music and flashing lights
he takes the controls

almost misses
the girl lets out a stifled shriek
but then the claws – clankclankclank – find purchase on something furry
and a stuffed bear is the prize
smiles all around!
the boy looks relieved

right next to that a balding man faces down hordes of zombies
a gun in each hand
he’s playing a 1-player game in 2-player mode
wow so macho! or maybe he’s just showing off
maybe both?
a crowd gathers to watch as he starts mowing the undead down
bangbangbangbangbangbangbang
he picks them off with ruthless efficiency
a creepy-crawly here, a snarling ghoul there, abatcomesdownfromtherightside
but he sees it, it’s gone
but then
OHNOazombieclawshim

lurid red words appear on screen
YOU ARE DEAD, GAME OVER

I guess I’ll never really get gaming and anime out of my system, ever. As my friend remarked, my bond with the latter is really deep. I mean, it fucking saved my life. It doesn’t get any deeper than that.

How some things change, and how some don’t…arcades are somehow much the same as they were 10, 20 years ago. There’s still Pac-Man and Street Fighter and lightgun games. I’m still talking with my friend about the same things we discussed when I first knew him.

Speaking of which, we had another long talk with my friend at night, about everything from relationships, the nature of the Divine and what anime and game girls were the hottest. It’s really difficult to have frank discussions about any of them, and I am immensely grateful to him for sharing with me his thoughts.

Gratefulness…I think it’s about past time for me to reclaim the meaning of that word. I still sometimes feel a twinge in myself when people remark how lucky I am to have this opportunity for travel and to look at everything again. How can you be so ungrateful? Other people have jobs they have to do, and children they have to feed…and then I try and fight back by recounting how much I suffered during those years. I would have that steady job and those other things if I didn’t need to be a parent for most of my life.

It doesn’t work that way, mother mine. There is no sliding scale, no give and take or quid pro quo. One plus doesn’t erase one minus. I am in grief for my loss and grateful for my opportunities at the same time.

It’s just the past again. My mother’s words which aren’t even actually hers…passed down through the ages unthinkingly, tearing barbs and wounds and tears in generation after generation. The buck stops here. I open my heart and mind and receive all light, letting it cleanse the darkness.

But as I remarked to my friend, it’s one thing to comprehend this in your mind and another to integrate it fully into everything else. Some things just take time, whatever they may be. Day by day the awakening beckons…because it has already happened.

And as time and space and memory whirl within me, another day comes to an end. Goodnight everyone.