Woke up thinking again. Got fed up with myself for thinking so much. Went for a walk instead.

Also going to have to tidy up the blog from its barebones approach SOMETIME. Which given my busy schedule is likely to be later rather than sooner.

I managed to take some pictures instead of having everything bounce around in my skull for a change. It’s a very very pretty area that P and A live in! Here, I’ll show you.

And as I walked and thought (hard to shut that off completely) I felt more of the flickering ghosts of the past seem to dissipate one by one. Perhaps contemplation has a point after all. I still think, but somehow very differently that I have ever done. More changes, all of them good.

Some pictures of the house : 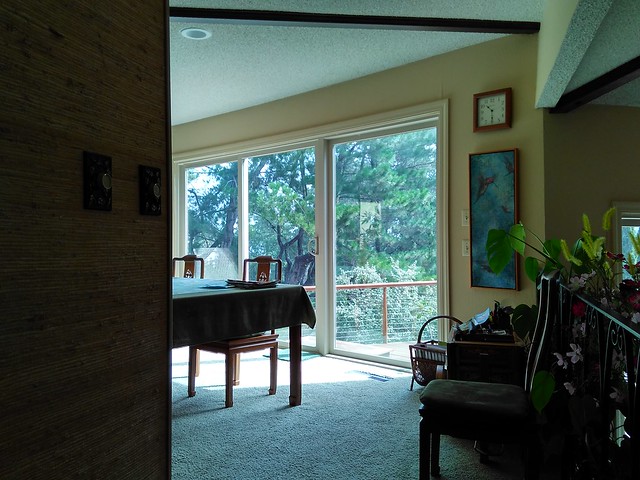 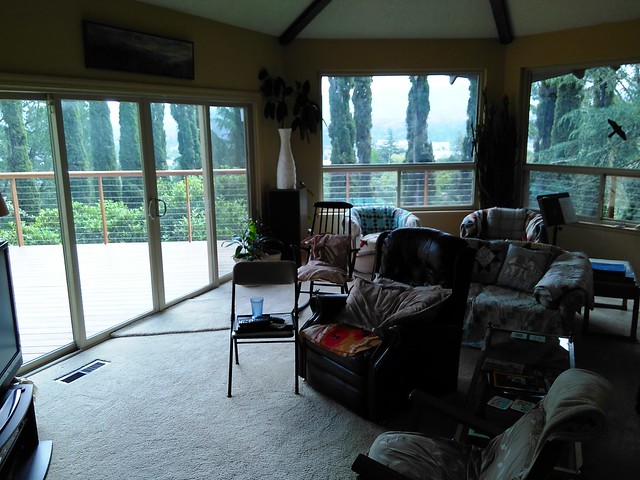 So we began the day with a memorial service. I’ve never actually been to a UU church before. It’s nice, really nice actually. 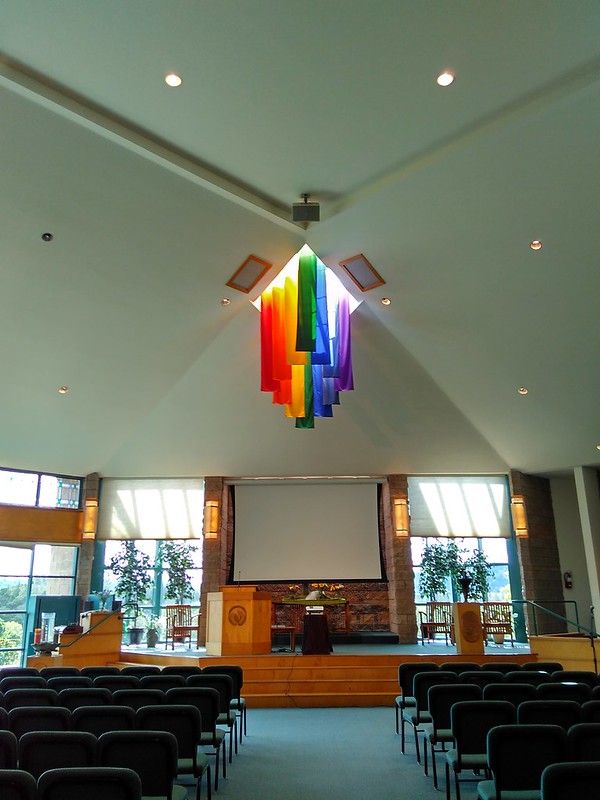 I never knew this woman at all but seeing all her friends and family gathered here, she must have been quite somebody and have led quite a life. 5 kids by 25! That was life in the old days I guess. It was quite an honor to be present at the reception. There were cookies and discussions and I met many nice new people. 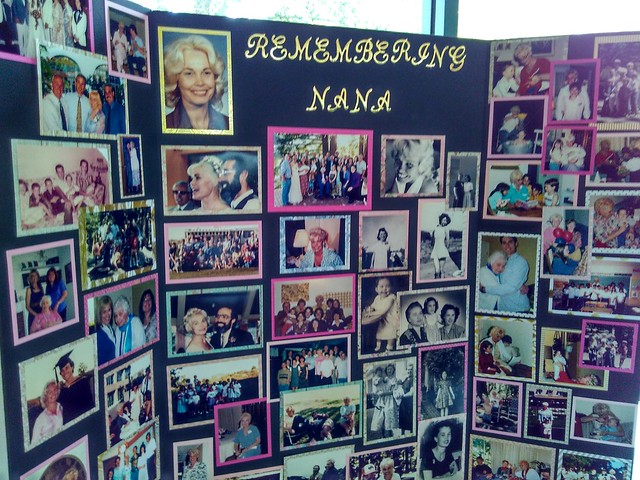 At this point I must relate that I am resisting the urge to go back and fine-tune and polish and edit each post so that it’s sparkling clean and Reads Beautifully. I’m trying to do this off-the-cuff and off-the-cuff it will stay. As a friend of mine told me, blog posts are not academic papers and I’m trying to write in the spirit of the former and not the latter.

Paul took me on a tour of the church. There was a lot to like about it. I’ll show you some of the highlights. 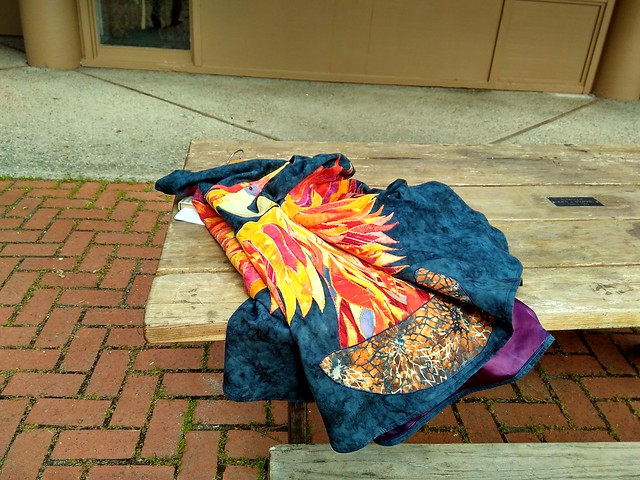 Phoenix robes! Like some kind of D&D thing. These are definitely one reason to become a UU minister. They give you like +3 to Cool.

I especially like the restrooms. They delight my pro-LGBT heart immensely. 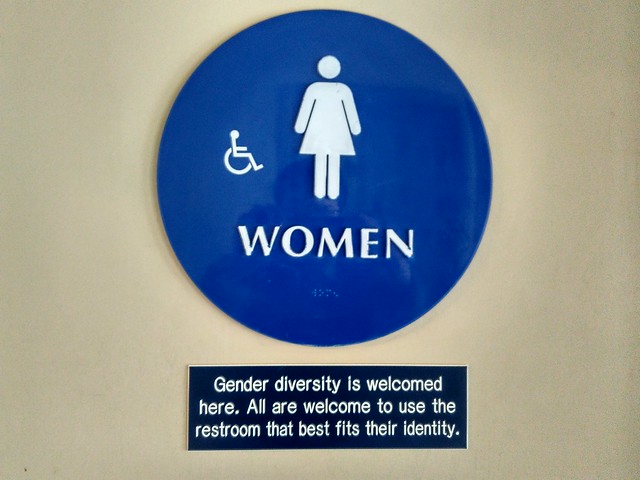 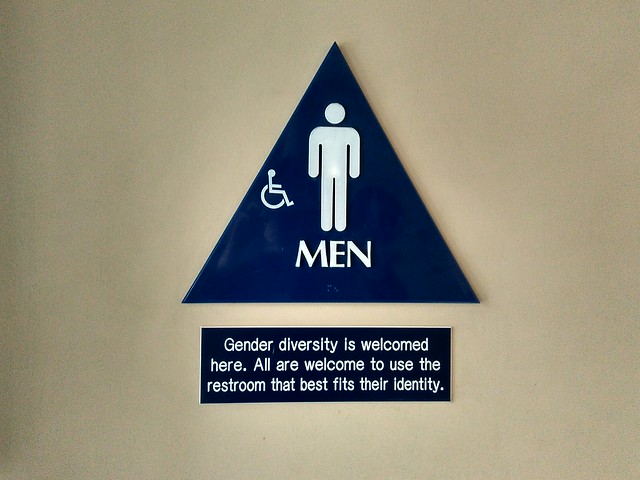 It’s a very spiritual beginning to my journey of exploration. We go from death and rebirth to rebirth and death. It’s going great. I can feel my always inwardly turning thoughts facing outwards more. It’s nice to be able to do things instead of constantly just THINKING about them.

It’s also interesting to always be the youngest person in the room – with most of the others being at nice twice my age if not more! Perhaps it is my fate in life to be constantly clapped on the back by older gentlemen. It feels really nice actually, and there are far worse things to be subjected to.

What was next on the agenda? Poker, apparently. Texas Hold’Em to be precise.

We had dinner at the house of a longtime friend of P and A. It was great. All the dinners I’ve had on this trip have been incredibly good. I feel soooooooooooo spoiled. Companionship, great food, healing, beautiful scenery, what else could a man ask for? (The phone number of the wildflower of yesterday, actually…)

You have never met such a bunch of delightful, fun and amazing old people. I guess the adage is true – young at heart. One of them made a poignant observation that old people tend to be less inhibited than young ones because they’ve seen and done it all already. Very true! Young people need alcohol. I guess that makes me old then because I don’t.

So we actually got to play without money, just chips, which was a welcome relief from Singapore in which NO ONE GAMBLES WITHOUT MONEY EVER. Sorry, that was just me venting my spleen of 20+ years. What’s wrong with just gambling for FUN now and then, people?

So I just have to relate this anecdote that sent the lady in question into gales of laughter. She was texting someone on the phone and this was the exchange.

“Where can this guy go clubbing?”

No I’m not, so that destination (whatever it was) was clearly out. It was apparently cop humor. She and her partner were cops in SF for 35 years.

They tried their best to corrupt an impressionable young man (ha, ha, who am I kidding?) and very nearly succeeded. There were stories shared and many laughs besides. I said it and I meant it – SF will have to try hard to top this! 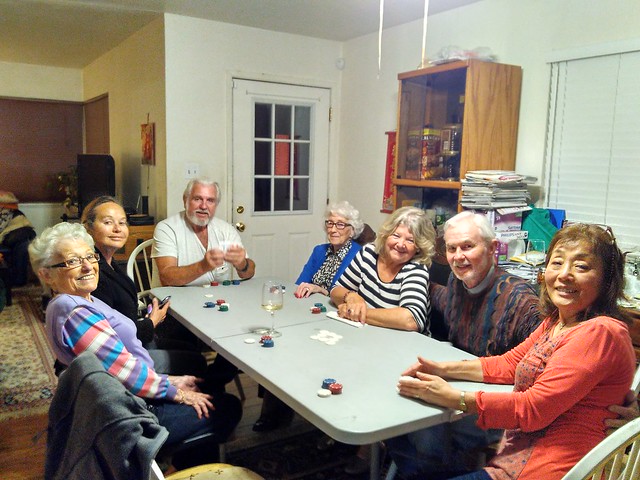 It was a fantastic day, and the best poker night ever. Thanks to everyone who was a part of it. Richard for the food, Annie for the hospitality, Rosemary for her humor, and everyone else for their advice, wit and vivacity.

Oh yes, and I met the most best-behaved dog I have ever seen in my life. I forgot to take a picture of her but Koko is a beauty. She’s really friendly, licks your face and actually sits down on the couch at 9 sharp and goes to bed. What about that?

Random picture of clouds I think is pretty nice : 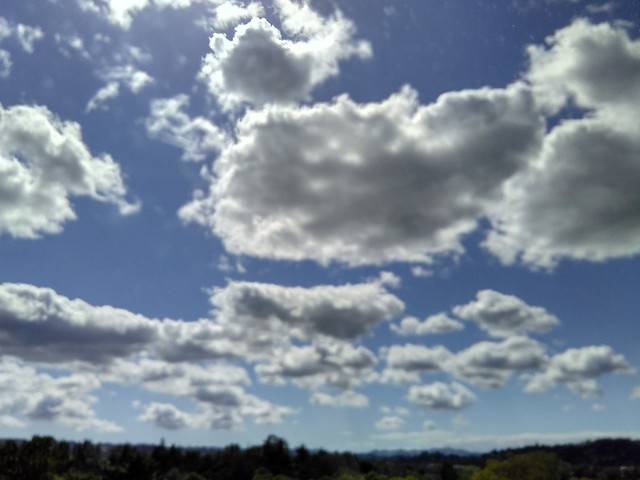 As Mr Saturn might say “DO YOU WANT SLUMBER?” As it came time for bed I certainly did.

I’m going to have to think up a different reference to end each day here, a task which both fills me with anticipation and dread.