As a stopgap measure for photos, you can check out most of them here while I learn to use WordPress more effectively.

I’ll begin today’s entry with the observation that most of my meetings have been very multicultural. Poker Night had 2 Singaporeans, 1 Russian, a Scottish lady and I think 1 British woman? Yesterday’s excursion was 1 American, 1 Japanese, 1 Singaporean, 1 German and an Austrian.

Morning was a trip with P to meet a bunch of learned gentlemen discuss psychology, neuroscience and the brain. Sounds like my idea of heaven!

And yes the company was very learned indeed. 2 professors (maybe more!) at least 2 doctors and well…I’m not counting titles, but it was high-quality intellectual discourse. The host took me to see his library, which was quite a sight.

Look at all these books. Just look at them. Quite a sight, no? A scene from Read or Die comes to mind here : 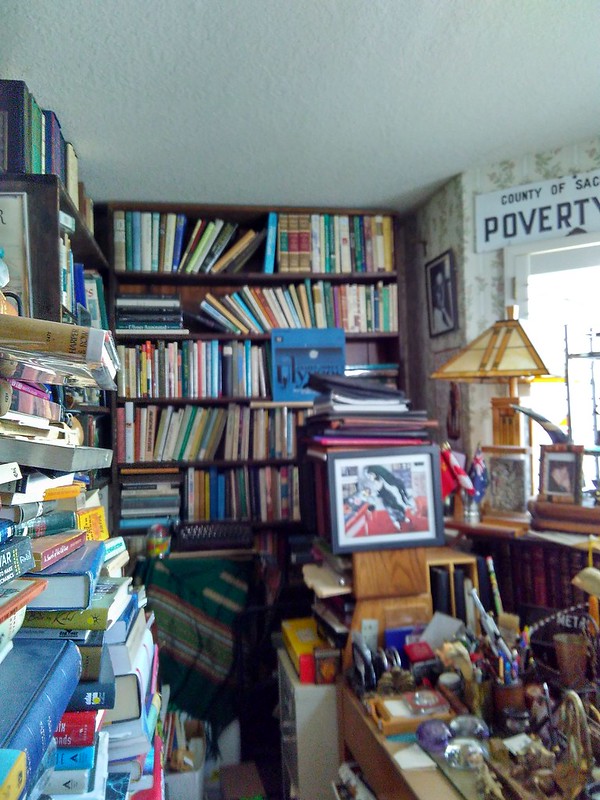 We watched a DVD where there was some guest lecturing, followed by conversation and discussion of the presented matter. Just like our services back home! (but without the hymns)

I was asked a variety of questions by all the gentlemen present. I felt like a bright young inquisitive student being peered over by his professors on his first day of school. All the college experience without going to college.

I got very good advice from everyone there, especially regarding the possible shortening of any university courses I might take. If I ever do go back to school, it would be good to know that I can spend less instead of more time there…it’s really different when you’re spending your money instead of your parents’, that’s for sure.

Also, I’ve gotten my life story down to 2 minutes, the short version. We’ll see if I can’t whittle it down further.

It was another really fun and educational experience. I think what was the best for me was not feeling the urge to jump out and dominate the conversation, but instead remind myself to sit and listen. It’s getting easier and easier to do that. It’s easier to do that when everyone there knows so much. Then you’re just in awe and you don’t feel like showing off because you can’t.

Everyone was so learned and polite! I felt like I was in ancient Greece or something, debating philosophy in the agora. All we needed was a vomitorium and some slaves to complete the picture…ok maybe not that.

Came home to write more blog posts and discover that WordPress is harder to use than I thought, even with Google. I’m discovering the limitations of Google more and more.

We went for a nice walk to the upper ridges of Walnut Creek. Pictures! 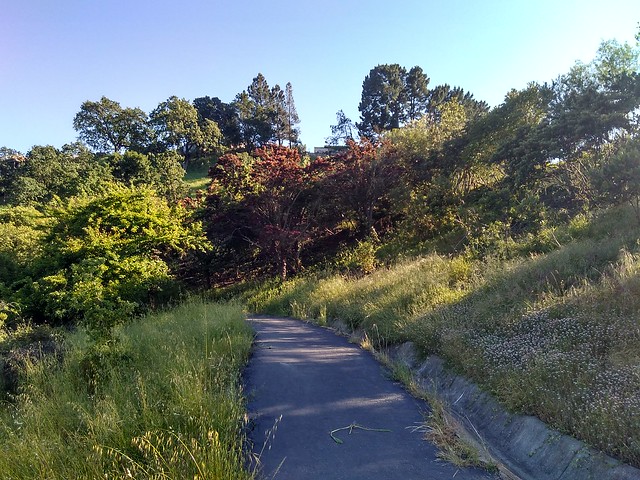 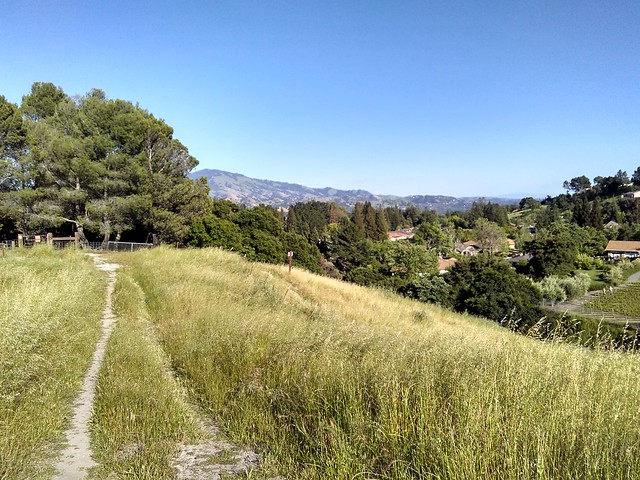 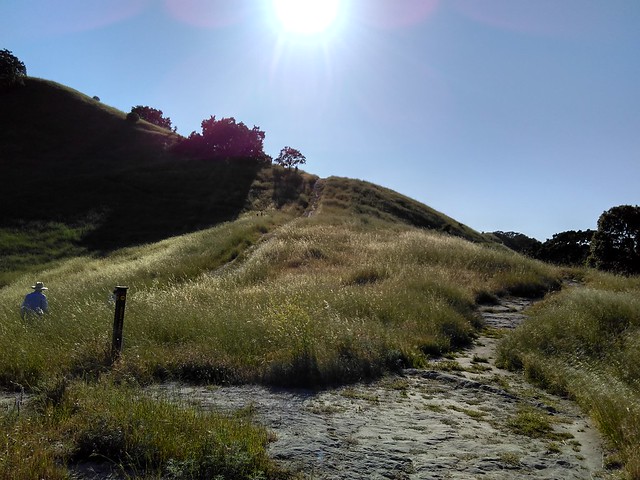 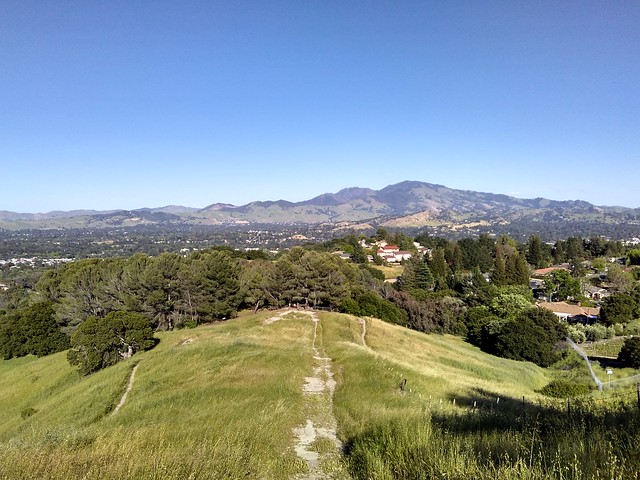 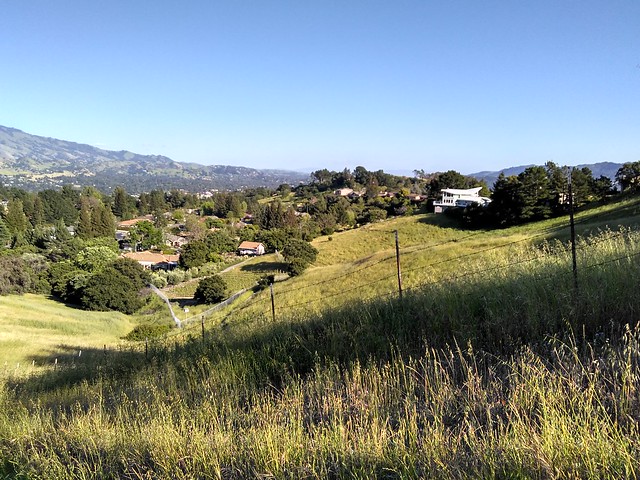 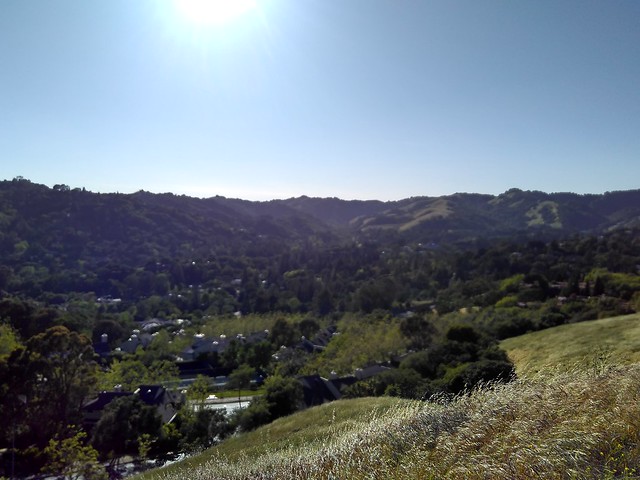 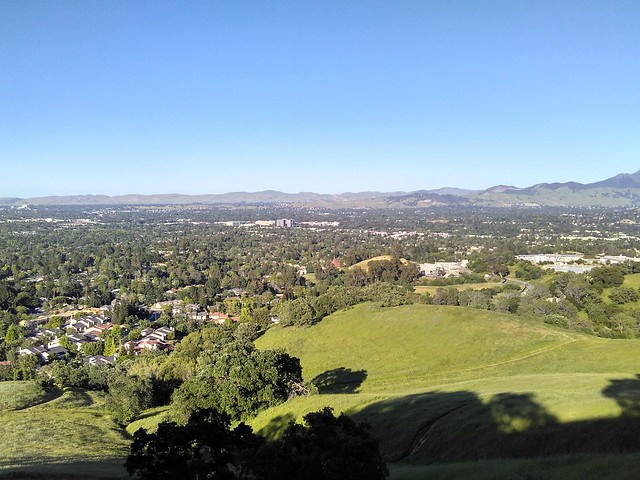 Soon enough it was time for dinner, in which it was time to cook the same meal that I’ve cooked for guests more than 10 times…none of them better read this blog or I’m sunk! Actually that just means I’ve gotten that much better at preparing it. Always look on the bright side of life.

I suppose I shall have to post some pictures of the food like a normal denizen of the 21th century. So here you are. 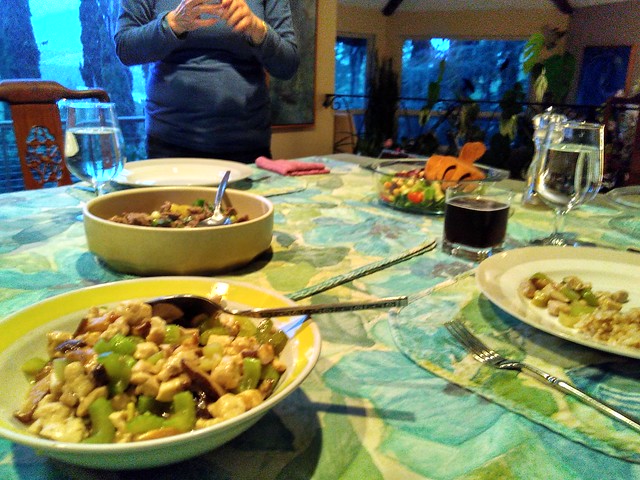 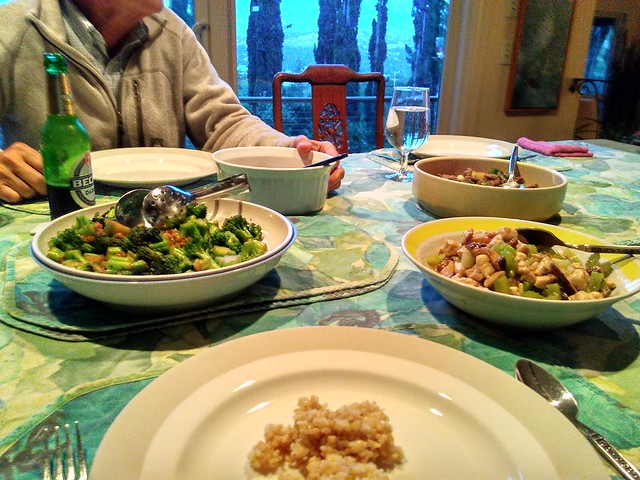 I’ve forgotten how much I like cooking. It’s just too much trouble to do so most of the time, but I love it! From cutting to preparation to putting it all together – it’s really fun. A seemed impressed with my cutting skills. To which I can only reply…見よう！子の華麗なる包丁裁きを！(Gaze upon the most beautiful use of my kitchen knife!)

Things turned out too watery at first but we had cornstarch to the rescue. I always forget that you don’t need to rewash meat from a plastic container. And that you can pat the meat dry.

Everyone finished all the food, and there was a lot of it. That is the ultimate compliment anyone can pay a chef. Thanks all!

A friend of P and A’s, M (an older Japanese lady), came over. She seemed amazed that I learnt Japanese just from anime and games. I refrained from telling her that it’s not exactly uncommon…not common, but not THAT uncommon among otaku. I guess it must be pretty wow for their generation.

She also told me that I looked and spoke like a Japanese person. I get that all the time. It’s a compliment though!